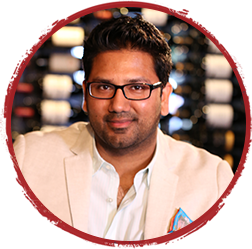 Rohit Gaur grew up in New York City and would spend his evenings at the local bookshop reading myths and adventure stories from around the world. Influenced by Marvel comics, Star Wars, anime and the cartoons he grew up watching, he often dreamt of creating a magical world with fantastical beasts based on India’s rich mythology, traditions and culture.